PAST EVENT – “Now! Is the time” A Lab Lunch with Dr Dianne Regisford

We were delighted to welcome to the Lab Dr Dianne Regisford.

Dianne is the Green Party candidate for the Oxford City ward for the upcoming local County Council elections. Alongside her civil activism Dianne is a Social Sculpture practitioner, poet and social impact entrepreneur with an academic focus on the topic of Belonging as a pathway to creating a more equitable and just society.

Born in Oxford, Dianne is acutely aware of the divide between the ‘town & gown’ and through her work, she creates participatory approaches to community engagement to ensure voices less heard are amplified. As a consultant and strategic advisor, Dianne works tirelessly with community based organisations on projects which meaningfully tackle inequality in Oxford.

Dianne’s standing for election heralds a number of firsts. She is proud to be the first black woman standing for the Oxfordshire Green Party. She is also the only black person with a PhD in Social Sculpture in the world. As a first generation Black British woman of African Caribbean heritage, Dianne has lived across countries and continents. Her commitment and passion for cultural diversity is part of a devoted legacy to engage issues relating to power and sovereignty. Dianne A profound believer in Ubuntu, the African Bantu philosophy translating to ‘humanity’ and interconnectedness. Her leadership style, politics and advocacy are anchored in Ubuntu.

Dianne is locally rooted and globally connected. She is an active advocate of the regenerative movement which looks beyond ‘sustainable development to approaches where 100% of life can thrive. She is part of the global Design Science Studio initiative as a (r)evolutionary artist where she is exploring three planetary solutions to the worlds most pressing problems, namely: Community Resilience, Indigenous Knowledge Systems and ARTivism.

Locally, over the past year, Dianne has been involved in unprecedented initiatives to tackle inequality for minoritised communities. She has played a central role in co-stewarding the establishment of PAMOJA OXFORDSHIRE, the first Black, Asian and Ethnic Minority (BAME) infrastructure organisation in Oxfordshire. Dianne is also part of the Owned By Oxford pilot project team catalysing community wealth building in Oxford. She is deeply connected to grassroots communities and well networked amongst key influencers in the city. She sees herself as an advocate and interlocutor who can bring people together.

'Where next for ESG investing?’ a conversation with Baroness Morrissey DBE 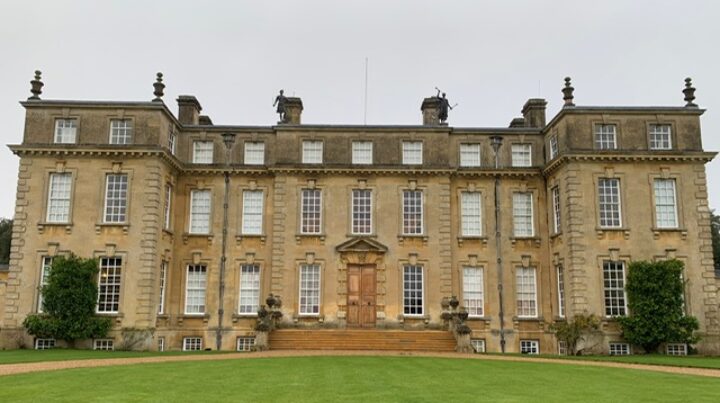